Swimming with the whale sharks north of Perth, is what took us to Ningaloo on a last minute Easter adventure.

These incredible creatures are an additional draw card to the already beautiful Ningaloo coast – one of the world’s major breeding grounds for sea turtles and other wildlife.

While whale sharks are a shark species, not a whale, they are plankton eating so have no gruelling teeth, however they are the largest ocean fish and it is not uncommon for them to grow to more than 12 metres.

They come to the Ningaloo coast annually and spend from April though June, coinciding with the spawning of the coral reef.

The Ningaloo Reef in the Ningaloo Marine Park is approximately 300km long and is Australia’s longest fringing coral reef. Two small towns, Exmouth and Coral Bay are the only communities of civilisation in this remote part of Australia. 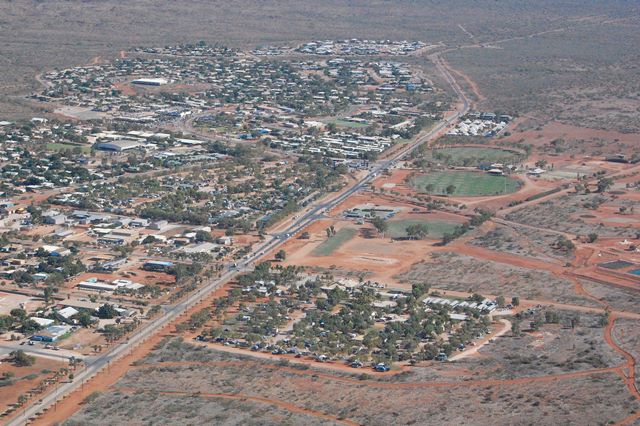 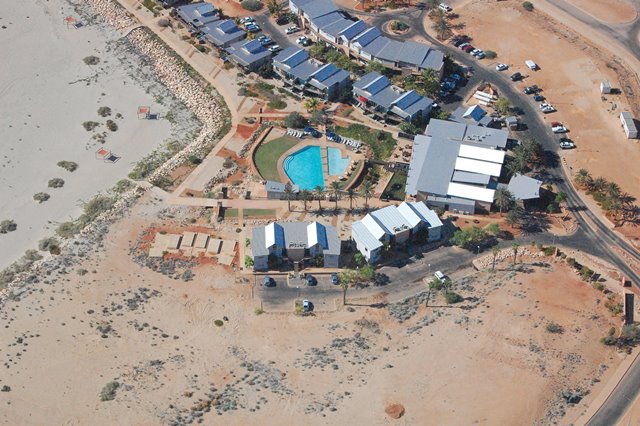 Our day with the whale sharks began on the blue waters of Ningaloo with the team from Ningaloo Whaleshark-n-dive. 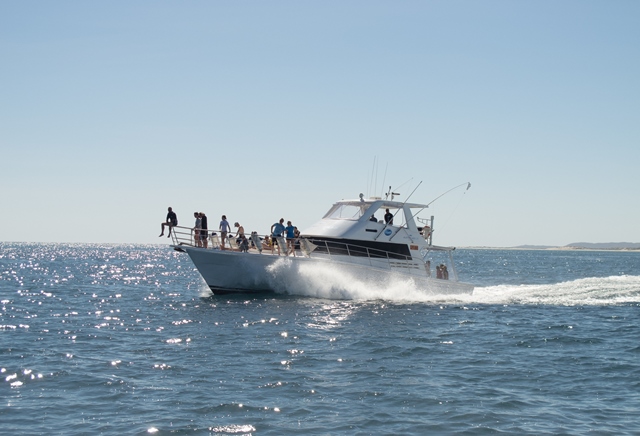 We were picked up early in the morning and driven to the Indian Ocean side of the cape’s marine park where we were met by our captain, decky and guides who were young, fun and took their responsibilities of the marine life seriously. 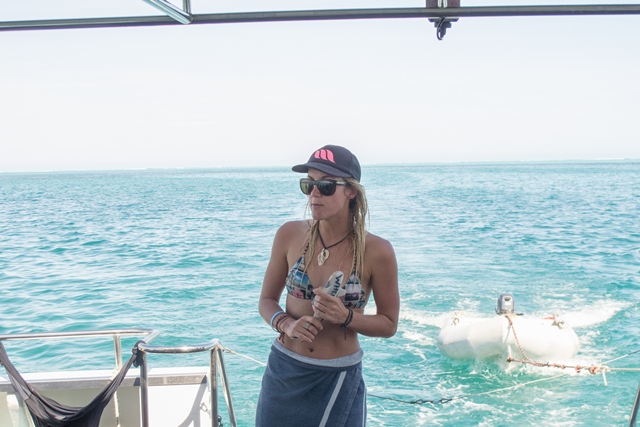 Finding the whale sharks on a 300 km reef can be difficult but with the help of a spotter plane the task was less daunting. 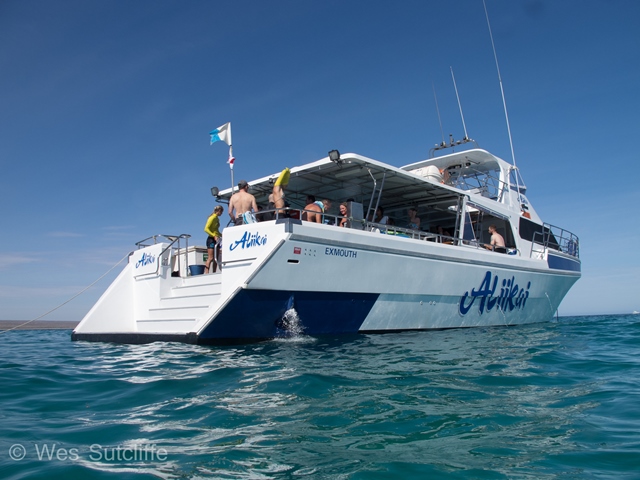 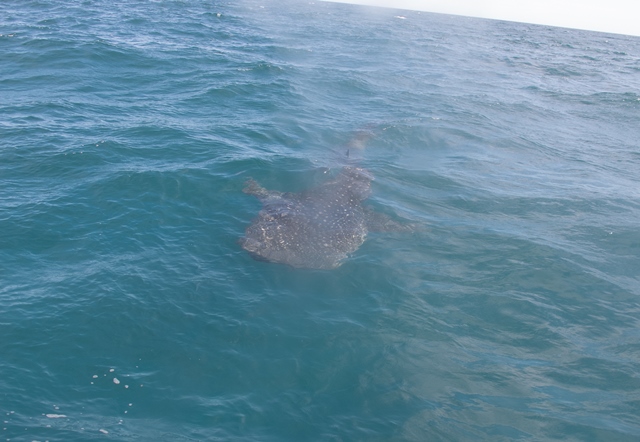 Once the captain has sited one, the decky and guides organised groups of 10 people to get in the water. As soon as the fish came within sight orderly chaos reigned as the guide directed the swimmers to follow the whale shark. 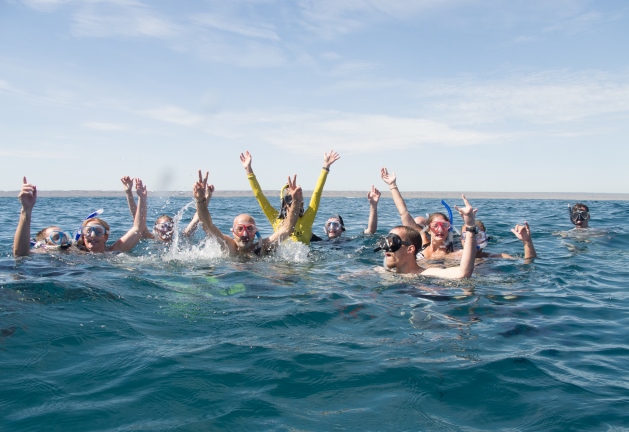 The whale sharks are so majestic under the water however my first experience was a little overwhelming. They are daunting to looking at, as they most definitely look like a giant shark. I was warmed by the fact it has spots and not stripes like the local tiger sharks.

One of the whale sharks came towards me with its mouth wide open, feeding.  Another was lured towards us by our bubbles which it mistook as food.  They aren’t the smartest creatures. 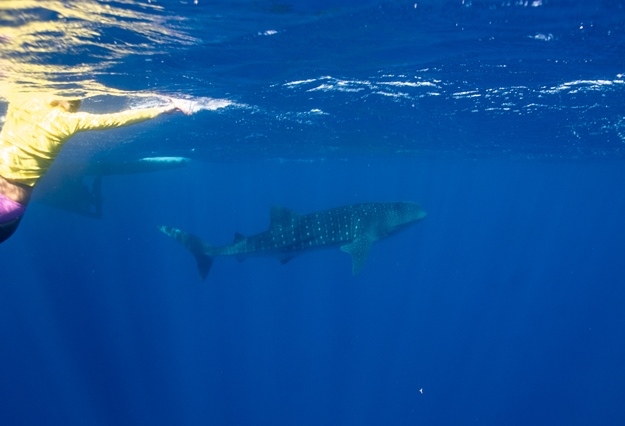 After several great swims with the whale sharks, we had an outstanding lunch put together by the crew and more reef snorkeling. 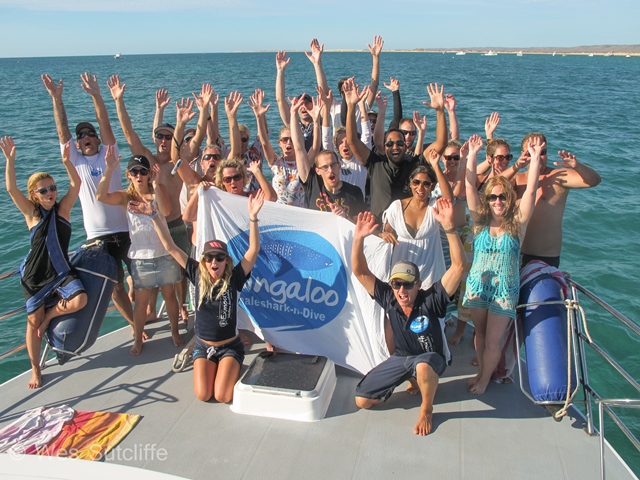 The following day we decided to get a different view of this world-heritage park and reef and took a scenic flight spotting whale sharks, turtles, manta rays and dugongs. 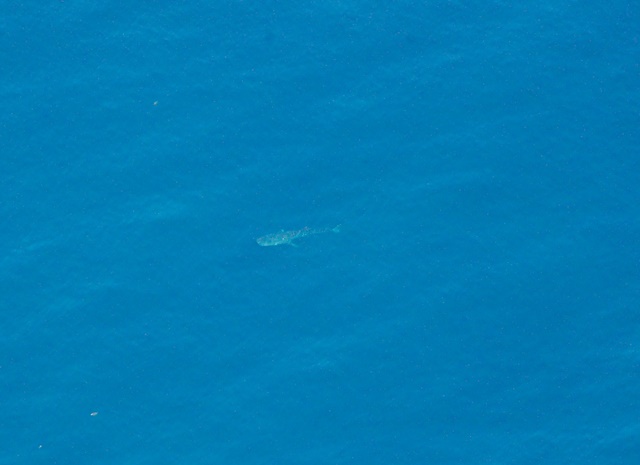 We flew over incredible canyons as far south as Yardie Creek and saw the luxury resort Sal Salis. 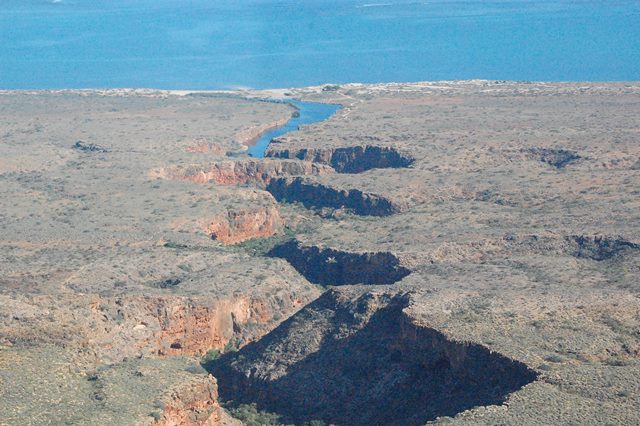 Down the coast the beautiful beaches of Turquoise Bay, Oyster Stack and Lakeside looked inviting before headed up to the point of the cape viewing Lighthouse Bay, a shipwreck on the reef and the Navy Pier, ranked among the top 10 dive sites in the world. 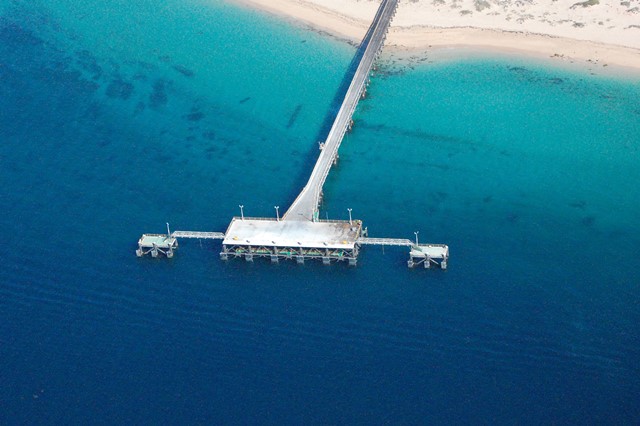 Being Easter, the main town of Exmouth was teaming with visitors.  Many Australians pack up their 4WD’s with their camping gear and head here for the holidays, along with the tourists. 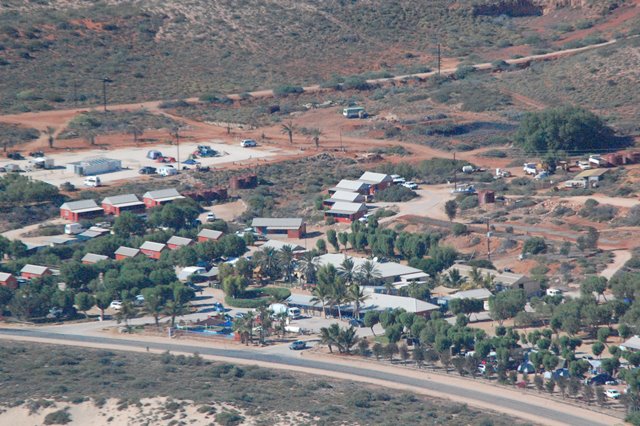 Accommodation in Exmouth is mainly campgrounds with a smattering of small cabin resorts and rental apartments.  There is also a small Novotel resort on the beach and the luxury resort Sal Salis, which is a glamping resort in the sand dunes of the Cape Range National Park overlooking the reef.  Sal Salis was our pick but unfortunately it was fully booked. 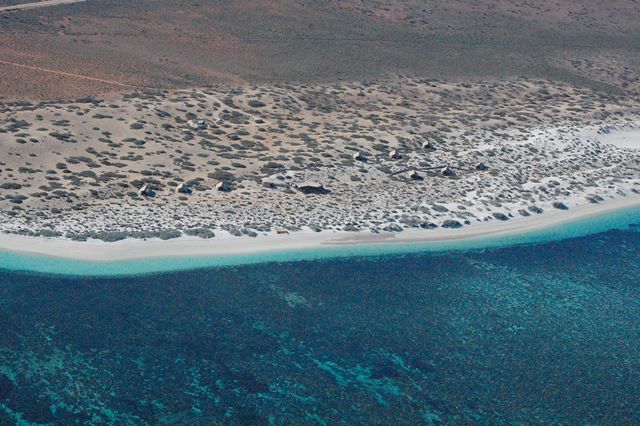 There are a small number of restaurants in the town but no fine dining as luring a top chef to this remote location would be difficult.

There is also great game fishing in the area with over 30 different game fish species including Black & Blue Marlin, Swordfish, MahiMahi, Broadbill and Sailfish.  Just fishing from the beaches can produce Whiting, Flathead, Queenfish and Bream.

If you are looking for an outdoor experience with the difference, go to Ningaloo.

Learmonth Airport is approximately 35kms from Exmouth and over 1200kms north of Perth (just under 2 hours flight time).

Be sure to book accommodation well in advance especially the Novotel and luxury resort Sal Salis.

Also, advance book swimming with the whale sharks. There are a number of providers.

Contact us for all your Ningaloo adventure plans and let us put together a great Western Australia Itinerary.